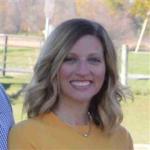 As an Osborn Scholarship recipient, I was asked to write a short review of my experience at the 2018 AHRA Spring Conference. At first I was slightly intimidated by the thought that at the end of the meeting, I would be sending in a critique of multiple volunteers’ hard work and time. However, as I wrote this while traveling home I can honestly say I was nothing but excited to be able to speak to the connections I made over the course of my four days in New Orleans. Connections not only with the many colleagues I was able to interact with, but connections between the issues I face as a radiology administrator and the knowledge I now possess to tackle those obstacles head on.

Of particular benefit to me was a session on the last day by speaker John Beall on a process improvement model known as A3 thinking. In today’s world, there is unfortunately just not enough time for front line radiology managers to take a problem and work on it for hours, or even weeks. In John’s session, we were able to use the A3 model to solve and identify the problem and solution to a larger issue in a matter of 20 minutes. What I valued the most was that I had the problem mapped out, so when asked about how I came up with the result I could easily justify my decision to either a direct report or a superior. I truly believe the “why” of a decision is just as important, if not more important than the actual verdict. I have learned in my short time as a leader that saying, “because I thought it was a good idea” does not gain either respect or a great outcome the majority of the time. However, saying, “let me show you how I came up with this decision” usually satisfies all involved parties.

Although this was one of my favorite sessions, the entire conference was packed with meaningful and useful information that I was able to take back to my facility for implementation. The presenters were all very knowledgeable and made it easy to speak up and ask questions if needed. In between sessions I was able to connect with several other attendees, which led to fun dinners and discussions surrounding our imaging facilities. Being able to ask others, “How would you handle this?” or “Have you ever encountered this barrier?” created a real feeling of camaraderie. As the only imaging manager in the building, this is something that I am not able to do often at my home facility.

In summary, I couldn’t say enough great things about my time spent in New Orleans. This was my first AHRA conference, and I feel I can now be an advocate and an even stronger supporter of the mission AHRA has built itself upon. I have a newfound respect and appreciation for education in the leadership world and the value of sending employees to events such as these. Thank you to the AHRA team and especially the AHRA Education Foundation for allowing me to be a part of the conference.

Tracy Short, MHA, MR, NMTCB is the radiology manager at Mercy Health Urbana Hospital in Urbana, OH. She can be reached at tshort@mercy.com.