May 2012–The second local meeting of AHRA’s Hudson Valley, New York Group (Diagnostic Imaging Leaders of New York) was hosted by Putnam Hospital Center on Tuesday, April 24. Ernie Cerdena, director of imaging services at Putnam Hospital Center and Vassar Brothers Medical Center, kicked off the event with a couple of rounds of “Who wants to be a state inspector?” A big thanks to AHRA members Viviana Ruscitto, director of diagnostic imaging at Westmed Medical Group, White Plains, New York and Phil Pizzola, director of medical imaging, laboratory, and cardio-pulmonary from Adirondack Medical Center, Saranac Lake, New York for volunteering to join Ernie in his very creative version of the popular game show.

The guest speaker for the meeting was Alex Damiani, chief, Radiation Equipment Section, New York State Department of Health, Bureau of Environmental Radiation Protection. Alex gave a very informative presentation on regulations and important topics to prepare for state inspections. The presentation provided all attendees 1.5 free CE credits, and it was clear that the audience found the presentation very engaging by the number of questions that were raised at the end of the presentation. This was a great opportunity for us to meet our state inspectors and gain insight on what to expect in future inspections.

The next speaker was from Medrad, who generously sponsored the meeting by covering the cost of the CE credits and providing some delicious refreshments. Medrad representative Jon Finateri gave a nice presentation on their new product that integrates contrast injection data with PACS, RIS, and speech recognition. This presentation of contrast management and documentation was a nice overview of the new technology and a chance to meet with Medrad representatives for more information.

The meeting was attended by 43 imaging leaders from as far away as the Adirondacks. Even though there was some time set aside at the beginning of the meeting and during a half hour break for networking and socializing, people were so energized by the great information they had gotten during the program, they stuck around for a while after the presentations for more discussion with their colleagues.

The committee members got together after the meeting to discuss topics and dates for the next meeting. Since the next meeting is in the fall right around breast cancer awareness month, breast imaging seemed to be a fitting topic. We were very pleased with the participation level and hope to continue to attract attendees by offering educational opportunities, vendor presentations, and the opportunity to network and share ideas with colleagues. The committee was in full agreement that the second meeting was a fantastic success, and we are excited about the next one!

Here is a photo from the event: 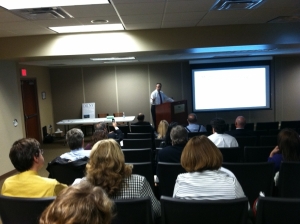 Ernesto A. Cerdena, MS, RT, CRA, FACHE, FAHRA is the Chair of the AHRA Education Foundation Board 2011-2012. He is also the director of imaging services at Vassar Brothers Medical Center and Putnam Hospital Center in Hudson Valley, New York. He can be reached at ecerdena@health-quest.org.

Rhonda Makoske is the director of medical imaging at Columbia Memorial Hospital in Hudson, NY. She can be reached at rmakoske@cmh-net.org. 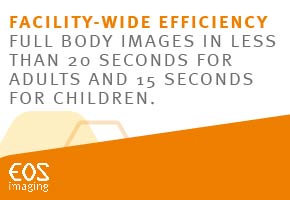